Homeopathy is very well known for giving great support for a variety of chronic and acute issues such as eczema, anxiety, and influenza.  But many people don’t realise that homoeopathy for head injuries is another area where its remedies really come in handy.
In fact, there is good research that shows that homoeopathic remedies work great for various types of head injuries. Some of these remedies are even used by doctors for treatment and surgical support.

When differentiating between choosing homeopathic remedies for head injuries (or for any condition), we look and prescribe remedies based on the unique characteristics of the person and the way that their condition is expressed.
We don’t necessarily prescribe on just the common symptoms.
Therefore, it’s important to have an understanding of the most common post head injury symptoms so that one will be able to find the right homeopathic remedy for any person.
These include:

The homeopathic remedies listed below can be used constitutionally as well as for acute situations.
According to Dr. Morrison and other homeopaths, it’s recommended to use potencies between 200C  and 10M.
If the person taking these or other remedies sees improvement but then experiences previous head symptoms again, then one should repeat the remedy with the same dosage for continued healing.
Now, here are the remedies…
Arnica
There’s absolutely no way that you can’t include homeopathic Arnica in this list!
Arnica is the #1 homeopathic remedy for concussions to the head and is the first remedy to think of for any First-Aid situation of any kind, especially when it comes to injuries in the head.
People needing Arnica will be pleasant, cheerful, and open, but after even years of a head injury, they can have mental troubles to deal with.
Arnica works so well clinically that even medical doctors use this remedy for serious hospital and surgical situations.
Unlike herbal Arnica, homeopathic Arnica does not have any side effects like other homeopathic remedies.
Natrum sulphuricum
This is a great homeopathic remedy for chronic issues following a head injury which may not necessarily be head-related. These usually include mental and emotional trauma as well as irritability.
People needing this remedy tend to be closed off and are sensitive to being hurt. They will avoid conflicts and have a strong sense of responsibility.
With physical issues, they may have ailments from gonorrhoea, wet weather, and cold. They will also have headaches that feel heated in the vertex, dull throbbing, and headaches with liver problems after meat.
When Arnica doesn’t work in an acute situation, give Natrum Sulphuricum.
Natrum sulphuricum is also a wonderful suicidal head injury remedy. People in this state of being that need this remedy will have depression, act psychotic, and will be sensitive to music.
Opium
Consider homeopathic Opium when the patient remains sleepy after an injury to the head.
Natrum Muriaticum
Natrum Muriaticum is a prime headache and migraine remedy that is useful for a wide variety of headaches.
This remedy should be considered when the injured person has a headache after the injury.
Stramonium
Stramonium is an awesome remedy for left-sided head injuries. It’s also great for injuries followed by feelings of terror and isolation.
Sacuta
Sacuta is derived from water hemlock. People needing this remedy will have complaints brought on by an injury to the skull or from being hit on the head.
This remedy is also great for people with mind and head symptoms after injuries.
These include experiencing things such as:
head ailments from drinking.
seizures after head injury.
mental retardation or childish behaviour after head injury.
Hypericum
Hypericum is a well known first aid remedy that is great for injuries to the top of the head as well as to the coccyx and spine. These injuries will include sharp pains and spasms, and may result from head injuries from being on a shelf.
Consider this remedy for seizures after head or spinal cord injuries.
Helleborus
Helleborus is a major head injury remedy for when there is severe mental dullness after a head injury.
People needing this remedy will respond very slowly to questions and act with indifference.They will be trouble communicating with others and will not be able to comprehend what others are saying.
I hope you found this article to be interesting and informative.
If you have any questions, comments, or concerns, simply leave a message below and I will respond as soon as possible. 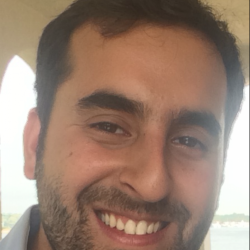 All about Seborrheic Dermatitis

All about Seborrheic Dermatitis